There are a lot of things about our small town that makes it one of a kind. Here are just a few of the stories below.

In 1829. the Graham Cracker was developed right here in Bound Brook by an eccentric Presbyterian minister, the Reverend Sylvester Graham to cure the dread fever of lust.

Reverend Graham was raised by a succession of relatives and worked as a farm hand, clerk and teacher before embracing the ministry due to ill health. He preached a strict vegetarian diet, recommended hard mattresses, open bedroom windows, chastity, cold showers, loose clothing and vigorous exercise.

He felt that a strict diet devoid of meat and rich in fiber would combat rampant desire. He was convinced that eating 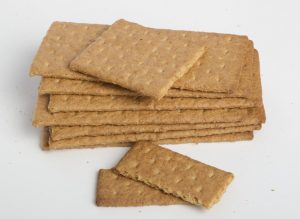 meat and fat led to sinful sexual excess and that the use of mustard and ketchup would cause insanity.

Rev. Graham had many adherents during his lifetime. Graham-boarding houses sprang up in New York and Boston as part of the health craze he inspired.

The graham cracker, in its first form, wasn’t supposed to be sweet or delicious. Graham developed his own special process for baking with finely ground, unbleached wheat flour, wheat bran and coarsely ground germ. He first made the cracker in Bound Brook, NJ, in 1829. But coupled with his religious lectures, his grain-based diet took off in the 1830s, sparking the modern-day equivalent of a fad diet. (Think gluten-free craze, in reverse.)

alcohol and tobacco were forbidden.

For how bland his food was, Graham was a bit of a food snob. In 1837, he wrote, “Thousands in civic life will, for years, and perhaps as long as they live, eat the most miserable trash that can be imagined, in the form of bread, and never seem to think that they can possibly have anything better, not even that it is an evil to eat such vile stuff as they do … I have thought, therefore, that I could hardly do society a better service, than to publish the following treatise on a subject, which, whether people are aware of it or not, is, in reality, of very great importance to the health and comfort of every one.”

Even during his life time, most people thought the Reverend Graham was absolutely wacky but Bound Brookites contentedly munch their s’mores and bake their pie crusts, many not even aware that the first Graham Crackers was made right here in our town. 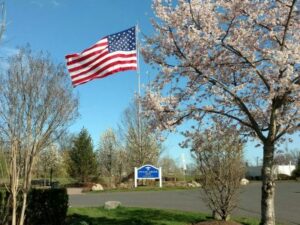 To many, Billian is just the name of a park at the east end of town.

To some, Bob Billian was a hometown boy who made good and gave us lots of money. To old timers, he was an imp with a streak of mischief and hunger for adventure who flew a B-17 Bomber during the war and later was a pilot for TWA for 33 years. But these bare facts DO NOT begin to tell the story of the Billian Boys.

A Few Good Stories About The Billian Boys

In 1926, or thereabouts, Jamie, an Eagle Scout from Troop #41 was riding his bike down Union  Avenue when he heard a kid hollering for help.  He stopped on the bridge over the swollen Greenbrook and saw this kid splashing around. Rushing down the creek, he pulled Harold, the oldest Billian Boy, out of the water only to be told that Harold’s little brother, Alfred, was under the water with only his cap showing.  Jamie saved them both and got a gold medal for heroism.

Bob and Doug made a white canvas Kayak that ran on roller skate wheels.  Using broom handles with shingles attached as paddles, they made their way down the rain swollen Raritan River halfway to New Brunswick where they encountered a dam.  Fortunately they made it to shore.  Sometime after dark,  Dad picked up the boys in his 1934 Plymouth and got the kayak onto the roof.  Doug remembered the ride home as very quiet.

Billian-Legion Park used to be the city dump, a place where rats found plenty to eat.  Only one of the large trees that Doug and Bob used to climb remains but from its branches, Doug and Bob would shoot those moving targets with their 22 rifles.  Both felt that it was great practice for earning their riflery merit badges in Boy Scouts.

One Friday afternoon during Dance period at the High School, Bob buzzed BBHS in his shining new B-17 while enroute to England to serve with the 8th Air Force.

The Gentleman In The Fedora

On July 17, 2009, Jacob Swerdlow died.  He was “Jack” to most everybody and he owned the Swerdlow Gallery on Union Avenue. Jack was the consumate gentleman, tipping his trademark Fedora to the ladies, always with a smile.  Bound Brook meant the world to him and after his gallery on Main Street was decimated by Hurrican Floyd, he vowed to stay here and opened up his shop on Union Avenue.

Jack loved people and he loved art.  He particularly loved talking to people about art.  Just as the tailor fits the suit perfectly to the man so Jack fitted the picture to the customer.  When you walked out of the Swerdlow Gallery, you felt privileged to have bought a piece of art.  Jack didn’t care if you were broke and just wanted to browse — he’d give you the guided tour–sit down and talk–and tell you some of his great tales.

Over the years, Jack gave countless dollars to charity to ensure that children would have art and beauty in their lives.  His commitment to Bound Brook was extraordinary from service on the Parking Commission and Planning Board to leadership in the Chamber of Commerce.

Jack was born in Brooklyn, the son of a glazier and proudly served his country in the Coast Guard.

His talent was telling stories and when you talked to Jack – he listened. His favorite artist was Will Moses but it was impossible to put him in any artistic niche.

We have lost a good neighbor and a man of taste and character but we’ll remember the stories and the gentleman in the Fedora.